Raqs Media Collective guides us through the operative ideas behind their curation of the 11th Shanghai Biennale, titled Why not ask again? They discuss some of the challenges they faced in curating and implementing what they call an “infracuratorial” model. Invited to think of that exhibition as a labyrinth, they talk us through some examples of labyrinths that inspired them, among others: the Bara Imambara in Lucknow, India; a labyrinthine slaughterhouse in Shanghai, designed by British architects; and the story of a series of shadow companies set up to create a convoluted paper trail meant to evade the law.

The attempt to visually present a labyrinth introduces a paradox: one has to, somehow, lay out the illogical and mystifying in a logical way. Raqs Media Collective invites us to think through this question. How should one discursively present something which does not make straightforward sense to us, experientially? The fundamental experience of the labyrinth is one of losing yourself. It is an experience in which one’s experience of time itself changes—it dilates and compresses, and the sense not only of where one is, but also of when, is lost. To Raqs Media Collective, the most interesting aspect of the labyrinth is this idea of losing yourself—but losing yourself in a productive, generative manner. It is a pivotal notion in their design of the Shanghai Biennale.

The Raqs Media Collective enjoys playing a plurality of roles, often appearing as artists, occasionally as curators, and sometimes as philosophical agent provocateurs. They make contemporary art and films, have curated exhibitions, edited books, staged events, and collaborated with architects, computer programmers, writers, and theater directors, as well as founded processes that have left deep impacts on contemporary culture in India. Raqs (pron. rux) follows its self-declared imperative of kinetic contemplation to produce a trajectory that is restless in terms of the forms and methods that it deploys, even as it achieves a consistency of speculative procedures.

The Raqs Media Collective was founded in 1992 by Jeebesh Bagchi, Monica Narula, and Shuddhabrata Sengupta. Raqs remains closely involved with the Sarai program at the Centre for the Study of Developing Societies, an initiative they co-founded in 2000.

Back to Table of Contents

Have you heard about the very first museum audio t

This is one in a series of remarkable Stedelijk di

The budding artist that painted these self-portrai

Did you know that the artist brothers Agus and Ott

This is most likely the first ever presentation of

The Borders of Europe – Editorial 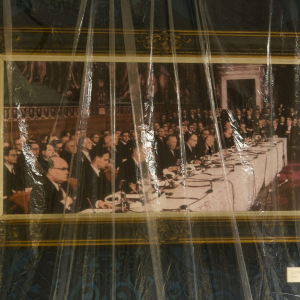 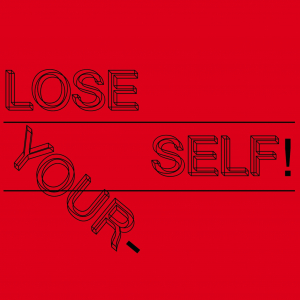