Visitors of the Wissa Wassef Centre

The artistic resonance of the Wissa Wassef Centre

The artistic resonance of the centre became apparent from the multiplication of exhibitions throughout Europe and the United States since the late 1950’s. Indeed, the Smithsonian Institute hosted a traveling exhibition in the US in 1975-76. The exhibition at the Barbican in London in 1985 was opened by Princess Diana. The most recent exhibitions were in 2019 at the Staatlichen Museum Ägyptischer Kunst Munich and in 2012 at the Coningsby Gallery in London. The tapestries are also in the collections of the Victoria & Albert Museum, the British Museum, American University Cairo, US Embassy Cairo, Cairo Opera House and Presidential Banquet Room.

Having travelled across leading art institutions of the Western world, the tapestries carried the reputation and perhaps the myth of the architect because of the close association made with Wissa Wassef’s vision. But was the captivation equally projected to the centre as an Egyptian weaving institution? Beyond the man, this school concentrated on skills and techniques of fibres and weaving as a site of radical art production where community-based learning prevailed. Even today, the Wissa Wassef centre is listed as a to Trip Advisor point of interest in the Cairo region. As a site of touristic attraction, can we further identify the impact of the centre international art production? Can we find in our collection artworks by artists who have drawn inspiration from the Wissa Wassef Centre?

To explore this outsider-look into the centre, a list of visitors was kindly shared by Taya Doss, the granddaughter of Ramses Wissa Wassef who works at the Center. The important figures included men and women from the Egyptian cultural, political and royal spheres as well as from France, the United-Kingdom and the United-States. 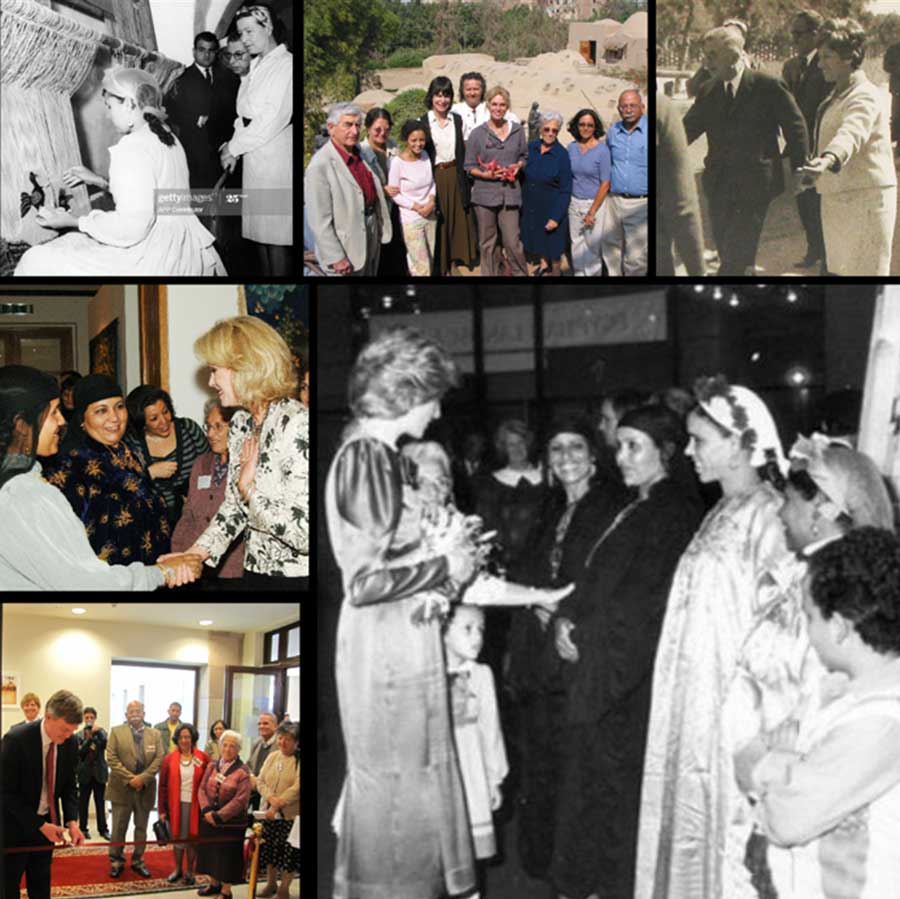 Courtesy of the Wissa Wassef Centre

Back on our online catalogue system (database), we searched all the names of Egyptian artists that the centre provided: Hussain Bikar, Salah Taher, Chafik Rizk, Adam Henein, Izak Fanous, Farouk Hosni. The unsuccessful results signified additional evidence of the limits in our collection, as they represented some of the most prominent artist of the 20th century. Nevertheless, one name allowed us to link the visitors to the Stedelijk: Jean Lurçat.

Jean Lurçat was noted ‘his role in the revival of tapestry weaving in France in the museum dedicated to him in the town of Angers (where) two wool weaving and one cotton weaving were chosen to represent the Wissa Wassef atelier’. Interestingly, a solo exhibition on Jean Lurçat was curated by Willem Sandberg in 1959. 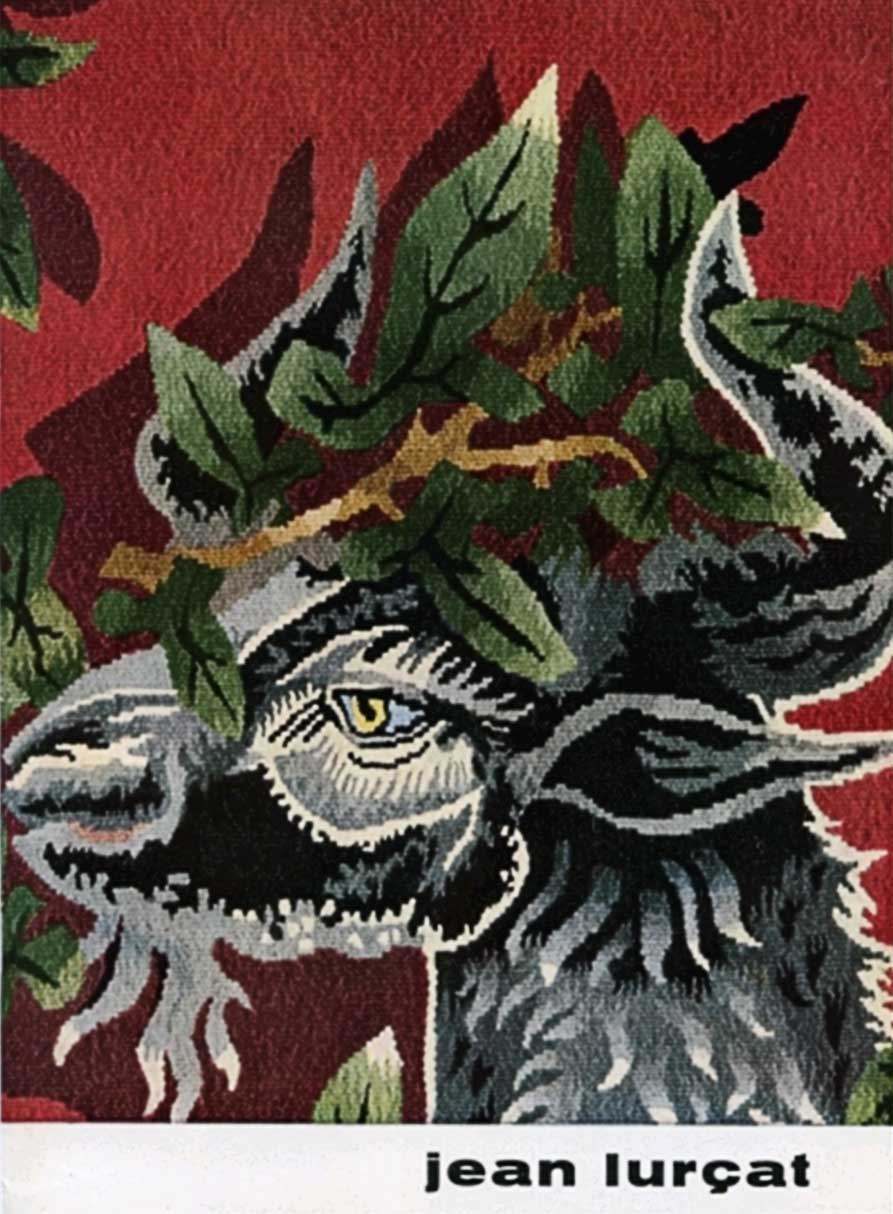 Further research into the various possible associations between the centre and our collection led me to the visual artist and writer Etel Adnan. In 2019, the SMA acquired two of her untitled paintings depicting colourful abstracted landscapes now presented in Small World Real World. In a book dedicated to the artist’s life and practice, writer Kaelen Wilson-Goldie follows the richness of her experiences around the world cultures and her ability to multiply new mediums to explore. 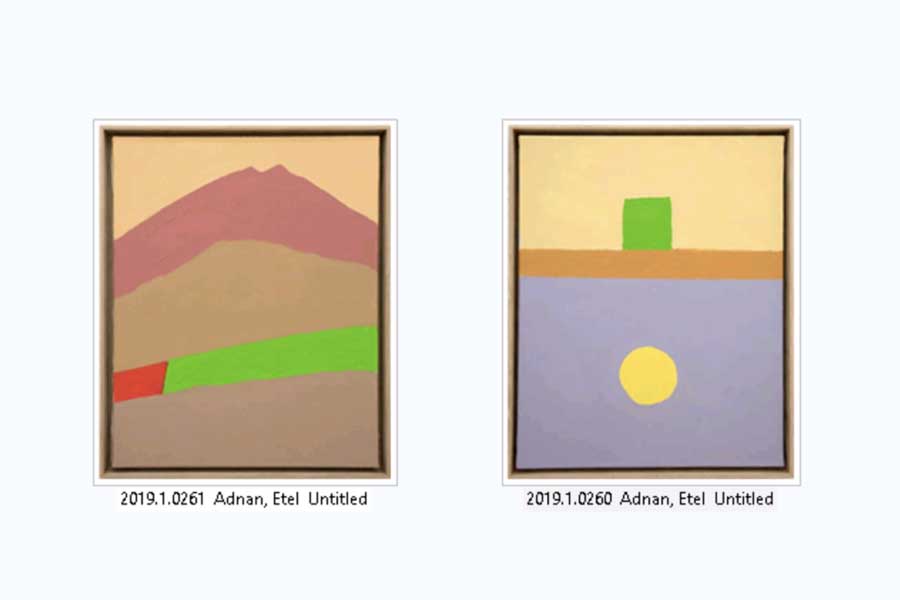 Capture from Ad-lib of two untilded pieces from Etel Adnan.

Wilson Goldie dives into Adnan’s first accountancies with textile work. Like many of us, carpets and rugs hold and omnipresent role in her memory; going to markets with her father in Syria or the terrifying interior design fully covering the floors of her Californian apartment. It was in Tunisia that Adnan’s tapestry drawing where first translated by a master weaver. Then followed her visit to Harrania, in 1966. Adnan writes:

“The children are working, they are weaving, the two little girls one first sees. There is no drawing in front of them. Heaps of wool, on the floor. They are applied: little by little, the image rise. There are larger looms where older boys are weaving. One of them has already achieved a large surface: boats and fish moving in the midst of wools dyed locally with natural vegetal sources: weld or reseda for yellow; the discreet shrub in the courtyard which gives indigo; red manner for a red brick color and cochineal for pink. In a bucket two girls are making a dye: the smells are pungent. It’s a hive… The rugs absorb the passing shadows. The children come to the workshop dressed as they wish, in pyjamas, long dresses, or blue shirts. They go to the village to live with their animals and their plants and they return to tell their secrets in spontaneous drawings.”

This account offers a window into the burgeoning atmosphere one could observe in the workshop. Girls and boys manoeuvring the fibres through different stages: using natural pigments harvested in the garden for dying then directly brought to the loom where images were weaved by memory of their daily encounters in rural Egypt. The tapestries we hold portray such elements of people, animals and objects that would have inspired the makers. Brides, potters, cats, rats and trees represent the community captured by the mind of the children, who could in turn assume their role amongst it. Adnan emphasizes the spontaneity of their technique that abandons sketching preliminary designs. Although it is unclear if she functioned with the same instinct, in some degrees, she respected this idea in the making of the tapestries produced after the visit as Wilson Goldie states they never replicated her drawings and paintings. Also, Adnan’s textile creations, she argues, correspond to the places most cherished by the artist recalling the direct expression of the children’s environments. 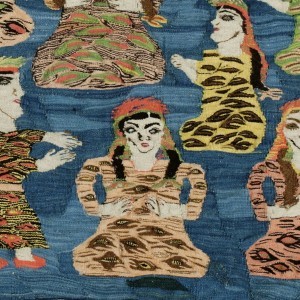 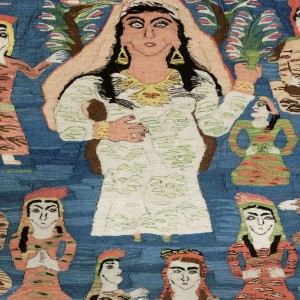 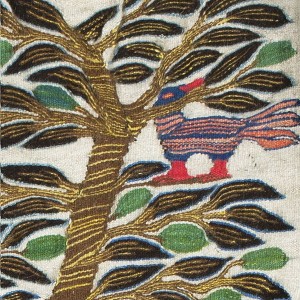 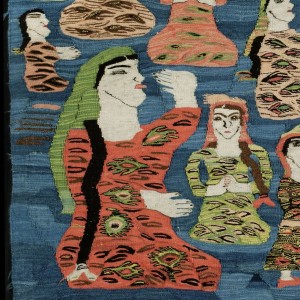 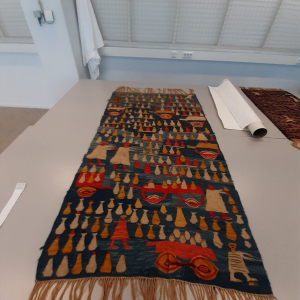 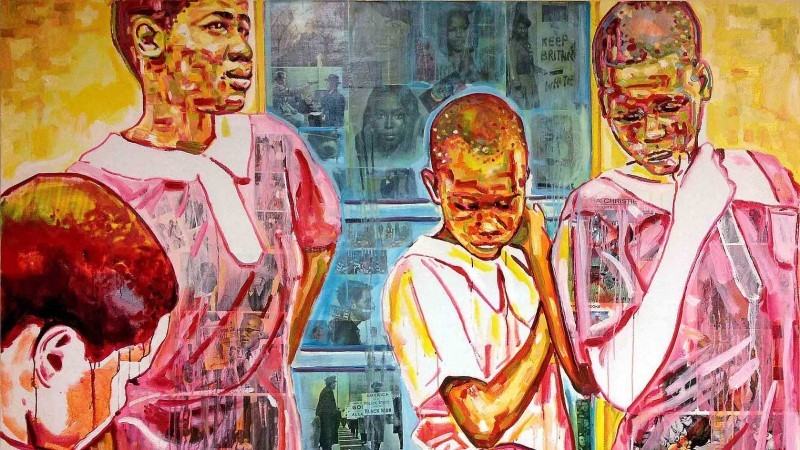 Diving into the Stadsarchief Amsterdam

An interview with Ali Selim
Scroll to top